The universe in a rubidium cell

Our work on analogue cosmological particule is published in Nature Comm 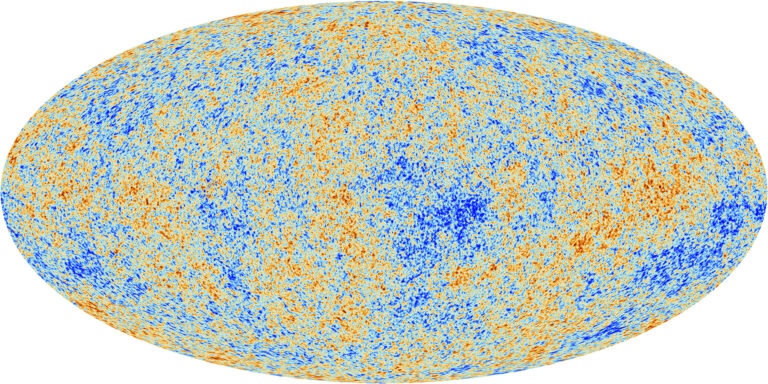 The expansion of a universe stretches all length scales, including the wavelengths of the particle modes.

Most cosmologists agree on a theory which predicts the spontaneous production of cosmological particles, including the primordial density fluctuations which led to the acoustic peaks in the cosmic microwave background (CMB) spectrum

In this work, we simulation a inflation scenario in a paraxial fluid of light and we observe the signature of cosmological particles.

Just have a look at our paper and see the striking ressemble with COBE spectrum of the CMB !

The rapid expansion of the early universe resulted in the spontaneous production of cos- mological particles from vacuum fluctuations, some of which are observable today in the cosmic microwave background anisotropy. The analogue of cosmological particle creation in a quantum fluid was proposed, but the quantum, spontaneous effect due to vacuum fluc- tuations has not yet been observed. Here we report the spontaneous creation of analogue cosmological particles in the laboratory, using a quenched 3-dimensional quantum fluid of light. We observe acoustic peaks in the density power spectrum, in close quantitative agreement with the quantum-field theoretical prediction. We find that the long-wavelength particles provide a window to early times. This work introduces the quantum fluid of light, as cold as an atomic Bose-Einstein condensate